“The Day After” Online Screening and Discussion with World Beyond War 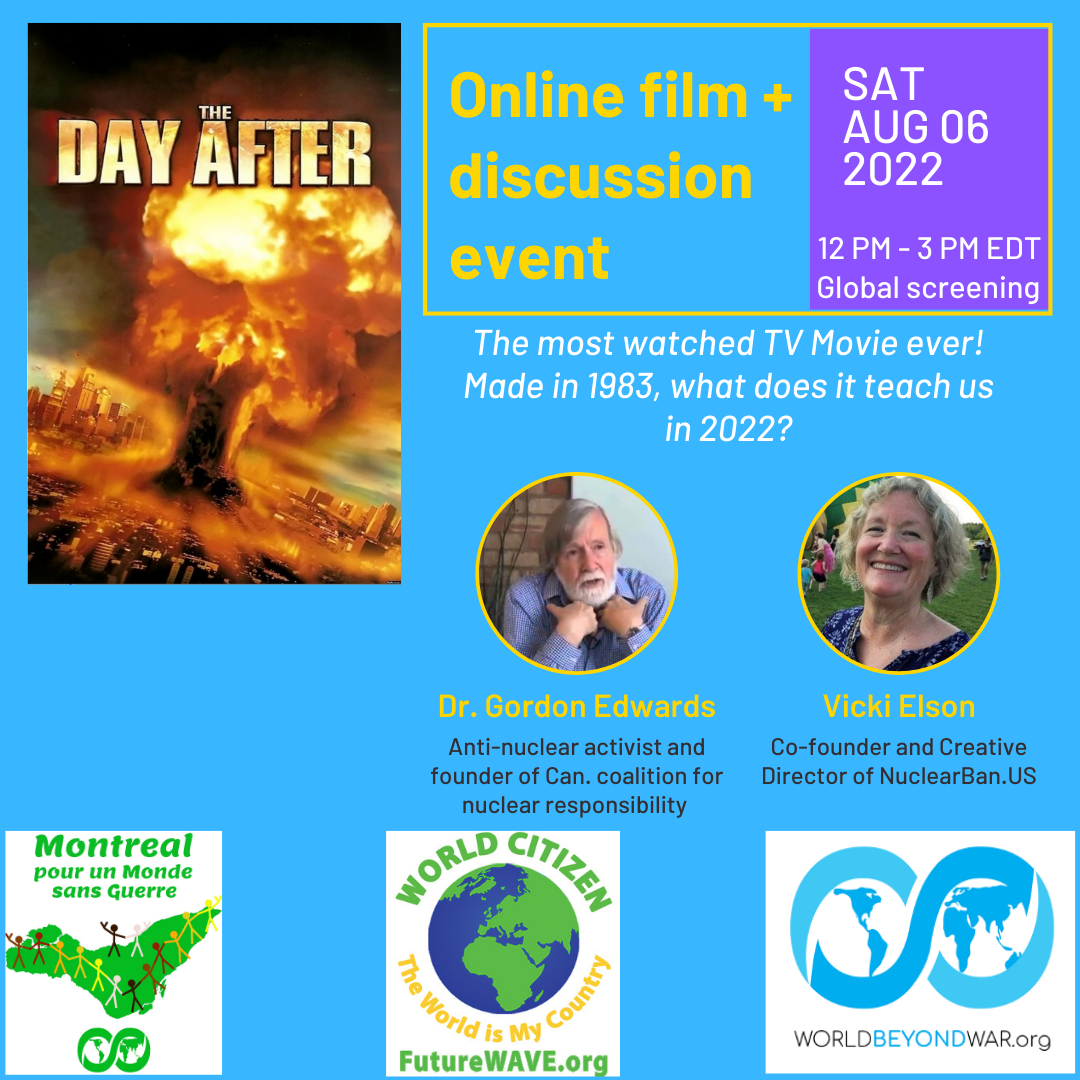 From World Beyond War:

Join us online for a screening of “The Day After,” followed by a discussion led by experts. This three-hour free public event begins on August 6th at noon U.S. Eastern Time. Here is the start time in a lot of time zones:

“The Day After” is a U.S. post-apocalyptic film that first aired on November 20, 1983, on the ABC television network. A record-setting 100 million people watched it in the U.S. – and 200 million on Russian TV during its initial broadcast.

The film postulates a fictional war between NATO forces and the Warsaw Pact countries over Germany that rapidly escalates into a full-scale nuclear exchange between the United States and the Soviet Union. The action focuses on the residents of Lawrence, Kansas, and Kansas City, Missouri, and of several family farms near nuclear missile silos.

Then-U.S. President Ronald Reagan watched the film more than a month before its screening on Columbus Day, October 10, 1983. He wrote in his diary that the film was “very effective and left me greatly depressed,” and that it changed his mind on the prevailing policy on a “nuclear war.” Maybe this film can still change hearts and minds! Join us to find out!

The film’s director, Nicholas Meyer has allowed World BEYOND War to use the 127-minute theatrical cut of the film, and its production researcher, Arthur Kanegis, helped us to get it online. David Swanson has agreed to help moderate.

We will have a short welcome on Zoom at 12 pm EDT, and then watch the movie from 12:10 pm to 2:30 pm EDT, followed by presentations and a question-and-answer period with our experts, Vicki Elson of NuclearBan.US and Dr. Gordon Edwards of Canadian Coalition for Nuclear Responsibility.