WESPAC is participating in the Sunrise Movement rally this Thursday at 11am in White Plains. Please help share widely including the Facebook event link below:

The Sunrise movement is a mobilization of thousands of youth environmental activists, who are fighting for a Green New Deal and a just transition. Thursday, August 15th at 11am we are hosting a rally outside the Westchester County Democratic National Committee (DNC) Office (200 Mamaroneck Ave in White Plains) to call on members to pass the Podlodowski Resolution, a resolution proposed by DNC Member Tina Podlodowski to host a separate democratic presidential debate on the topic of climate change.

Sunrise Movement New York State (NYS) Hubs have called, emailed, and met with the NYS DNC Members; however; they have yet to commit to passing the Podlodowski Resolution. Almost 75 DNC members from across the U.S. have already pledged to pass the resolution. Our country deserves to know which presidential candidates have a bold plan that will fight the climate emergency at the rate required to preserve my generation a future we can live in. Climate change affects every part of our nation– from our farmers to our refugee immigrants to our economy to our healthcare system.

Stand with us in demanding that New York State continues to be national leaders in fighting the climate crisis. 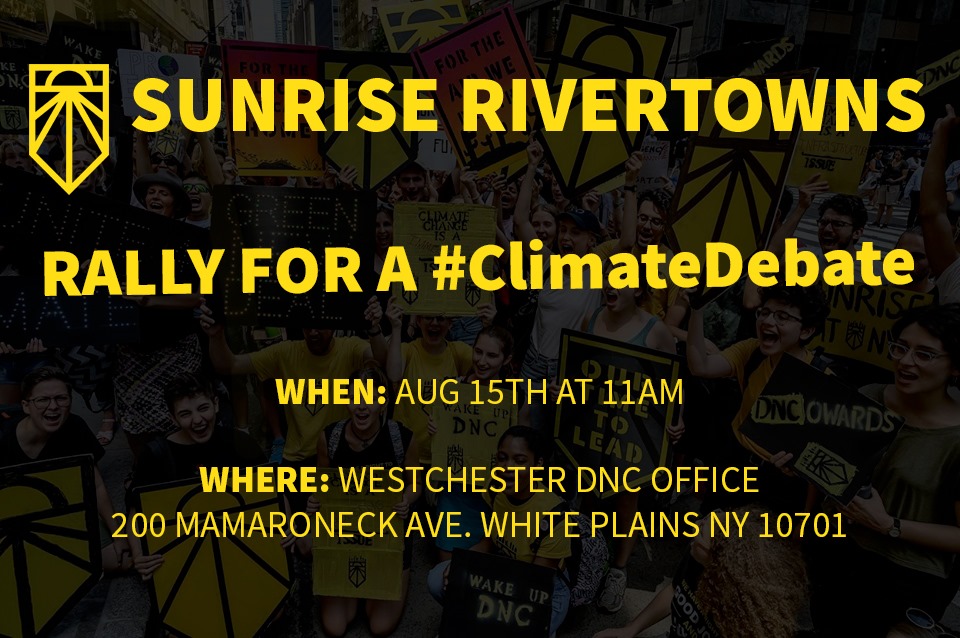