“Sowing Seeds of Peace and Justice” 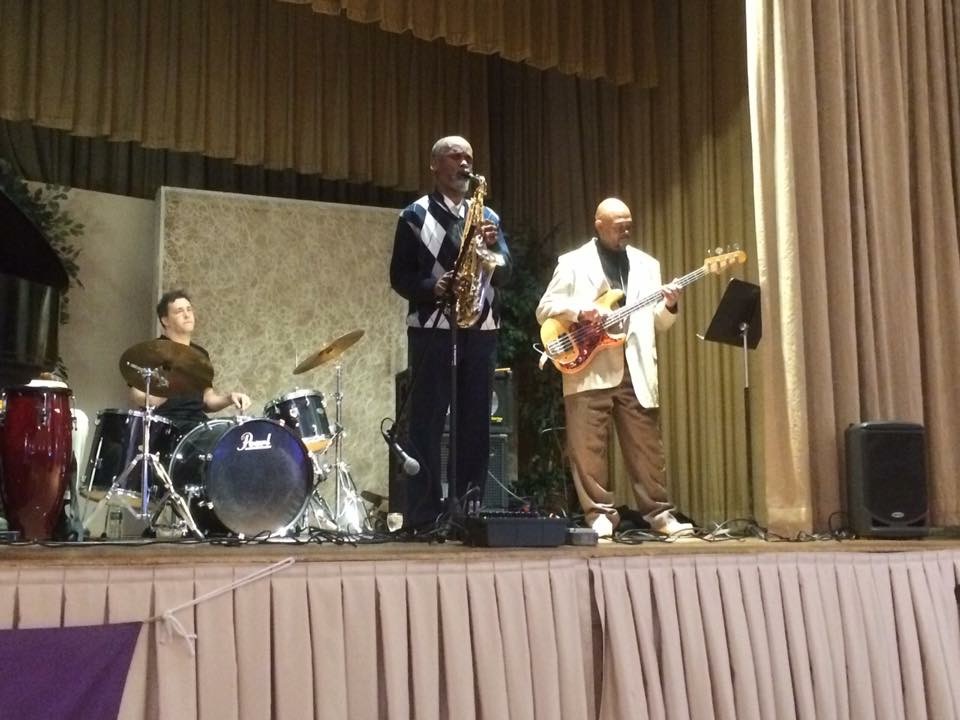 Ranging from food justice to energy safety to solidarity with Indigenous people, WESPAC stressed the importance of a freedom which appears to be limited today- the freedom to enjoy human rights. As an organization that has been working to end racism and militarism since 1974, WESPAC held their 42nd annual awards dinner at the Women’s Club in White Plains, NY, on Thursday evening, April 28, to honor Art Bennett, Frank Brodhead, Jun-Sun Yasuda and Kenneth Chamberlain, Jr. for their accomplishments and unwavering commitment to peace and social justice.

Followed by jazz music set by Art Bennett and Friends, Dr. Teresa Delgado, WESPAC Board President, began the evening with a quote from Harry Emerson Fodsick to commend the awardees on their dedication in following the organization’s mission: “Democracy is based upon the conviction that there are extraordinary possibilities in ordinary people.”

Delgado mentioned today’s weakened political system to stress the importance of equality and morality: “We have an election cycle of human indecency, racism, sexism, homophobia and Islamophobia.” She then described the efforts of the awardees, which she said:

“Ordinary people doing extraordinary things…at a moment when every corner of our earth cries out for justice.  They, and we, are never alone for we accompany each other on that journey…

With Frank Brodhead, as he speaks the truth of peace into the abyss that is war;

With Art Bennett, as he pours his soul into sound that transcends the limits of time and place;

With Jun San, as she “prays with her legs” in the words and spirit of Rabbi Abraham Joshua Heschel;

With Kenneth Chamberlain, Jr. as he transforms his grief into a mighty force for justice.”

Delgado then introduced Laurie Evans, a member of the WESPAC Food Justice Committee, to read a quote in honor of the Jewish Passover, which began April 22 and ended April 30. Evans read: “Let all who are hungry come and eat. Let all who are in need come and share the Pesach (Passover) meal.”   She then translated the statement in Hebrew.

Elisa Zazzera presented the first awardee Frank Brodhead who she said made a “living history.”   Zazzera described the many titles he took ranging from educator, editor and writer, organizer, activist and father.

Brodhead shifted his plan of becoming a history teacher to an activist when the Civil Rights Movement and Vietnam War began. Despite this shift, Brodhead says “every day and every place is a classroom.” He worked as an editor and writer and tenants’ rights organizer at the United Nations. A former member of the American Friends Service Committee and Resist, Inc., he was also one of the founders of Concerned Families of Westchester after the September 11 attacks. Concerned Families of Westchester, for which he writes weekly newsletters for the group, is a community-based organization that focuses on ending wars and climate change.

To encourage the audience to get involved in their community, Brodhead gave the Atlanta Exposition Speech by Booker T. Washington, “cast down your bucket where you are,” which is also “what families should do to save themselves.” The saying is generally a call to personal upliftment and diligence needed in a time of struggle. “The point for us is not just to protest, but ask to join. It’s not only thinking locally, but globally too,” Brodhead said. Brodhead raised issues like the nuclear power plant leak at Indian Point Energy Center. He also mentioned how he is criticized for his activism: “People like to call community organizations madhouses.”

“If doing what you want and being who you are makes you a little crazy, I want to sign up for that,” Delgado responded.

Born in White Plains and active in the beginning of the Loft Jazz movement in New York City, Joe Boykin presented Bennett. Bennett was also an active member of the New York Musicians Organization (NYMO) that secured grants to provide musical concerts throughout New York, including educational programs and recording opportunities. He performed for the Westchester Martin Luther King Jr. Institute for Nonviolence awards dinner and Margaret Eberle Fair Trade Festival.  He has also performed with many notable artists such as poet laureate Brenda Conner-Bey and Chinese human rights activist, poet and painter Huang Xiang.

Bennett embodies the belief that there are extraordinary possibilities in ordinary people, according to Fodsick. “We don’t listen with our ears, we listen with our hearts,” he said. “We are not born racist, we were not born to hate. I truly feel we may not be able to change the world, but we can change what is in ourselves and that is love for humanity. We have circumstances, we are what we are.”

“He brings love and unity wherever he goes,” a friend said.

Bennett then played a song from his saxophone titled “I want to talk about you,” followed by a bass, piano and drums.

For the closing remarks, WESPAC Executive Director Nada Khader gave a quote from poet and philosopher Muhyiddin Ibn’ Arabi, “I follow the religion of love. That is my religion and my faith” from a 12th Century poem from the Sufi Arab mystic that was submitted as a dinner journal ad by WESPAC member Mirene Ghossein.

The third awardee Jun-Sun was presented by Jeanne Shaw. “I strongly suggest you read the program,” said Shaw when honoring her.

Before discussing Jun-Sun’s achievements, Shaw mentioned the Fukushima earthquake which caused tremendous damage to nuclear reactors due to the devastating tsunami, breaking up families and leaving people in temporary houses.

“Jun-Sun peace-walked all over the world, anywhere she found people struggling,” said Shaw. This year marks the fifth anniversary of Fukushima and “walking with Jun-Sun gives us strength, endurance and hope.”

“When there is no justice, there is no peace,” said Jun-Sun. “That is not a threat, it is a fact. Real love from mother earth is a source of real justice and real peace.” She then welcomed a friend to sing a song with her in Japanese. Next, she described her journey as a peacemaker after coming to the United States in 1978.

She showed the audience a drum, which she played and walked with 16 to 17 miles finding places to settle. “Whatever people offered is where I stayed.” Today, she continues to walk for peace, justice and an end to nuclear proliferation and energy.

“He continued to have faith after going to court every day,” said Jones, referring to Chamberlain’s effort in bringing awareness to the wrongful deaths among people of color by police officers. “Some days when he wanted to cry, he didn’t because we cried for him. I respect him for doing what God wanted him to do- stand up for people who faced the same situations.”

“I’m humbled because WESPAC is a leading force for social justice,” Kenneth said after thanking Jones. “Just look at the program, everything from food justice to extrajudicial killings. For me to receive an award from WESPAC shows that I’m on the right path. My award is your award.”

To end his speech, Kenneth explained why he is devoted to his service by using a quote from Dr. Martin Luther King Jr. “We will not remember the words of our enemies, but the silence of our friends.”

Bennett and Friends along with WESPAC members then closed the night with a collective song by Peter, Paul and Mary entitled “Where Have All the Flowers Gone?”

“I think it’s very important to have events like these to bring people together. We have such amazing awardees. It’s always great,” said Matthew Zeltzer, member of the Stony Point Center.

“I thought it was wonderful. I was thrilled that WESPAC mentioned mass incarceration,” said Sharonne Salaam, mother of Yusef Salaam who was part of the Central Park Five, a case in which him and four other teenagers were wrongly convicted of the assault, rape and sodomy of Center Park jogger Trisha Meili in 1989 and served five years in prison. Salaam is currently an advocate for Justice 4 The Wrongfully Incarcerated in New York City, fighting to end the imprisonment of innocent people.

Yonkers Community activist Lamont Badru said, “I thought it was amazing. The turnout was fantastic. Everyone was inspired by the people at the event. It was a vibe of community that you can feel when you walk into the room. This is something you don’t usually experience.”