“Public banking will give New York State influence over the process of financial intermediation and will allow the government to use the banking industry as a lever to advance its economic development efforts.  A Public Bank is a strong step towards enabling a prosperous future that we can build together. The Leadership Resource Group supports the NYS Assembly Bill A1696.” – Barbara L. Edwards. Chair of the Leadership Resource Group of Westchester County.

“At this moment of turmoil in our financial systems, we need a public bank owned by the citizens of the State of New York to safeguard our public interest, to invest in affordable housing, safe energy, education and job creation for the people who live in New York State.  We cannot entrust our state revenues to a large private institution that seeks to maximize its profits in risky global investments.” – Nada Khader, Executive Director of WESPAC Foundation

“At a moment when our infrastructure is falling apart, our state university system increasingly burdens students with debt, and smaller businesses lack access to the credit they need, we need to marshal the resources that exist in New York State to invest in the future.  The best way to begin that process is to establish a public bank — an institution that will focus on the public good.” – Felice Gelman, Certified Financial Analyst and past President of New York Bank and Financial Analysts Society.

“There is no fiscal crisis.  What there is, is an allocation of funds crisis and a credit-creation crisis.  We can solve both by re-purposing just some of New York State’s ample agency and pension funds to providing startup capital for a State Bank.  Thereafter, we can use tax dollars to provide ongoing credit, as the Bank of North Dakota has done since 1919.” – Scott Baker, NY Coordinator for the Public Banking Institute.

Assemblywoman Sandy Galef is hosting a press conference to announce her sponsorship of legislation A01696 calling for a commission to investigate the feasibility of a New York state bank.

She will be joined by Scott Baker, Nada Khader, Felice Gelman, and Brooklyn Crown Heights Community Board 8 member Desmond Atkins; others TBD

Directions: The Legislative Office Building (LOB) is part of the Empire State Plaza complex in downtown Albany, New York. Enter through the New York State Capitol on State Street across from the Empire Plaza.  There are security precautions so allow extra time.  Once through the security lines, take escalator down to Concourse level and walk to the LOB. As you face the security gates, bear right, walking to the LOB entrance.  Walk through LOB entrance to the north side of the building where you will find Room 130. 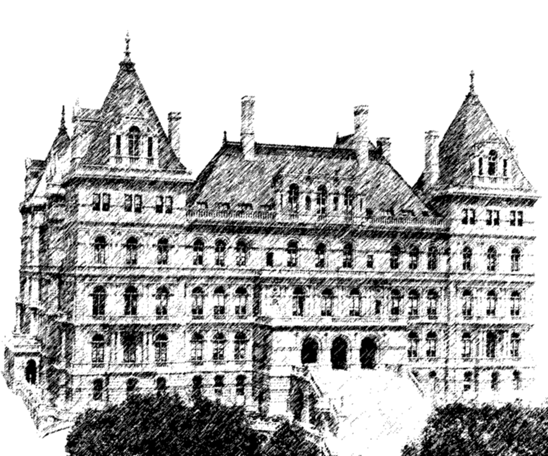