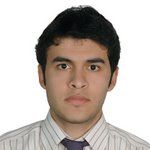 Here is an update on just one of the projects of the Wespac Middle East Committee:

A year ago, in July of 2008, the Iraqi Student Project (ISP) was presented to a large and welcoming crowd at the WESPAC Pleasantville Office. Now, a year later and with the generous help of many people, an Iraqi refugee student will arrive in mid-August to attend Manhattanville College. The work in the interim months has meant that ISP support groups have developed throughout the Hudson Valley, with a tuition waiver secured at Nyack College in Rockland County, Bard College in Dutchess County, TCI in Manhattan, and here in Westchester at Manhattanville.

The Iraqi refugee students are among the more than 2 million who have fled Iraq for safety to Jordan and Syria. They have had their education interrupted, their families’ lives threatened, and their livelihoods destroyed by the effects of the American war. Most have fled to Syria and Jordan with few resources, any savings long since exhausted.

In the first months of 2009, with the help of Connie Hogarth (Connie Hogarth Center at Manhattanville College), Manhattanville’s President Berman generously agreed to offer a tuition waiver. Now Mustafa Abdulkareem Ahmed will leave his family, who have been living with refugee status in Amman, Jordan, to begin his studies here this fall.

The ISP/Westchester Support Group www.westchestersupport.org, with the help of the Wespac Middle East Committee, has been working hard throughout the year to raise the neccesary additional funds for Mustafa to fulfill U.S. Government requirements to attend college here — room and board, health plan, texts and college fees amounting to $8,000 a semester.

Early this month Mirene Ghossein generously offered her home and wonderful cooking for a special ISP fundraising event. Over 60 people attended and listened to some of the best world-renowned Iraqi and Syrian musicians in the lovely ambiance of Mirene’s home. Traditional Iraqi ‘Maqam” music was performed by Gaida, vocalist, with oud accompanist Anwar; then Amir El Saffar, santoor player, was accompanied by Omar on the oud. Some guests had never heard a santoor before, and Amir’s CDs were quickly sold out, with half the proceeds donated to support our ISP student. Please go to www.westchestersupport.org to hear this wonderful music. And much thanks to Chuck Bell of “No War Westchester” for designing and updating the website.

Ali Raad, a current student with the Iraqi Student Project, came down from Fairfield CT with a member of his support group. Afghan, Pakistani and Palestinian students studying at Manhattanville College were also present, and will help to welcome Mustafa next semester. Felice Gelman spoke about the work done for Raed, the Iraqi student who will be coming to Bard College this fall. Doug Hostetter, director of the 1990s Bosnian Student Project and active with the Rockland County ISP group, spoke to the gathering, as did also Daniel Marshall, on behalf of Raghda, the young Iraqi woman who will attend TCI College in Manhattan. Najim Chechen, Iraqi sculptor from Orange County came in support. So did Tara Kyle, a Manhattan filmmaker who has worked with ISP and Iraqi refugees. Many members of the WESPAC Middle East Committee turned out, continuing to give real support to the prospect of having a local student from the Iraqi Student Project become a reality.

What began at WESPAC a year ago is coming together, and we will see five Iraqi refugee students in the entire Hudson Valley region this fall!